Why do some men become Brutes?

A new Domestic Abuse law, which carries a maximum prison sentence of five years, was brought in to include abusive behaviours, which do not amount to violence but still cause someone to fear violence will be used against them, or generate serious alarm or distress that has a substantial effect on their 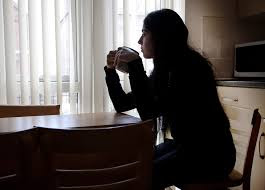 usual day-to-day activities. Abuse can include a pattern of threats, humiliation and intimidation, or behaviour such as stopping a partner socialising, controlling their social media accounts, surveillance through apps or dictating what they wear.

Last week I was doing a Radio interview with Tony & Nicki Vee, the renowned Intimate Relationship Coaches. The topic was What Makes Men and Women Different?

The basic answer is not their bodies but the feminine or masculine ‘energies’ with which they are endowed.  But we all have the potentiality of both feminine and masculine within us. 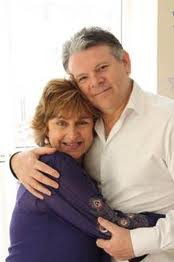 Tony and Nicki outlined a combination of energies which results in macho behaviour by the male to control his intimate relationship in an abusive way.

Then I heard on the BBC about the new law which makes non-violent ‘controlling and coercive behaviour’ a criminal offence.  It is very good that The Archers is openly presenting the issue of domestic abuse.

This abusive behaviour has the common denominator of exerting ‘control’. I found a very good article by Margaret Hatwood of Anthony Gold Solicitors which states the main features of Coercive Control as

She does a very good analysis of these with relation to the situation portrayed in the Archers.

All these things got me thinking about the underlying question ‘Why do some men become ‘Brutes?’  This is an apt description I remember being used by a Counsellor working in the field of Domestic Abuse.

In my observation the underlying cause seems to be insecurity about their own Masculinity. These men may come across as inoffensive in normal outside world situations but feel they can assert their masculinity by macho behaviour in the privacy of their home.

The behaviours Margaret Hatwood identifies have the common denominators of trying to control their partner to prove their masculinity and to prevent losing their partner to a more masculine, and therefore more attractive, male.

According to Tony and Nicki, who sum up the behaviour of what they term a Macho Man as ‘A man who attempts to control his woman because he feels he is not masculine enough and fears losing her. He controls her by verbal abuse or physical strength’.

This adds up to a very sad picture of fear and insecurity. In the few pictures we have of perpetrators I have the impression they are visibly confused and fearful in the glare of publicity.

Judge for yourself by looking at the picture in this article from the South Yorkshire edition of The Star.

And where does this fear and insecurity about his masculinity come from?

My guess is that in many cases it would be caused by childhood or adolescent experiences which questioned or threatened his masculinity. As a result, he is looking to create a situation where he can be in ‘control’ and demonstrate his masculinity.

Hopefully my next Blog post will be able to deal a more cheerful topic.

Are you fed up with the dating game going wrong?

Have You Heard Jean?

My name is Jean Macdonald. Have you heard the term Midlife Woman before? It is most definitely not a middle aged woman! The ‘midlife crisis’ changes most relationships and causes a woman to question what her future life will look like. Understandably she fears lack of love and loneliness in later life. To avoid this she can transform into a New Midlife Woman. From this position she can call the shots, control her destiny and obtain the love, companionship and happiness she desires.

I have written a book called Love Sex and the Midlife Woman as my contribution to empowering Midlife Women to take their rightful place in our society and to contribute to its improvement.

I write regular Blog Posts about challenges and opportunities that face the Midlife Woman and hopefully provide help and encouragement to her.  You will see the most recent Blog Posts on your left but you can access the full list by clicking here.

We are building a community of New Midlife Women and those who would like to be.  Come and see us on our Facebook page Love and the New Midlife Woman.

I have made a number of explanatory videos and continue to make video blog posts. You can see all of these on our YouTube page by searching for lovemidlifewoman on youtube.com or https://www.youtube.com/channel/UCrC5hviHiayDm5TRvuTrzmw.

There are many resources to assist the New Midlife Woman on her journey. These include books, videos, interviews, practitioners, courses and programmes. These are continually being added to – click here and take a look.

This website uses cookies to improve your experience while you navigate through the website. Out of these, the cookies that are categorized as necessary are stored on your browser as they are essential for the working of basic functionalities of the website. We also use third-party cookies that help us analyze and understand how you use this website. These cookies will be stored in your browser only with your consent. You also have the option to opt-out of these cookies. But opting out of some of these cookies may affect your browsing experience.
Necessary Always Enabled
Necessary cookies are absolutely essential for the website to function properly. This category only includes cookies that ensures basic functionalities and security features of the website. These cookies do not store any personal information.
Non-necessary
Any cookies that may not be particularly necessary for the website to function and is used specifically to collect user personal data via analytics, ads, other embedded contents are termed as non-necessary cookies. It is mandatory to procure user consent prior to running these cookies on your website.
SAVE & ACCEPT